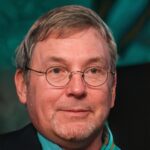 The Supreme Court in Massachusetts v. EPA required EPA to determine under CAA Section 202(a) whether GHGs from automobiles caused or contributed to air pollution which endangered public health or welfare.  On December 9, 2009, EPA determined that six individual GHGs and classes of GHGs endangered human health and welfare, and determined that automobiles released four of these six GHGs.   Pursuant to this determination, EPA promulgated light duty truck standards and heavy duty truck standards in May of 2010 and August of 2011, respectively.  Having passed these standards, GHGs were now “pollutant[s] subject to regulation under the Act” and now subject to regulation under NSR.  That being said, these standards were written to cover production years 2012-2016 for light duty vehicles and 2014-2018 for heavy duty trucks.  Presumably, if these standards were not extended or not rewritten to include GHGs, GHGs would no longer be regulated under NSR.

If you have followed recent US EPA proposed regulations, you may remember that EPA has proposed new source performance standards (NSPS) for utilities that cover GHGs (see our recent blog entry).  While, arguably, the best demonstrated technology standard for NSPS is not extremely onerous, promulgating a NSPS that regulates GHGs provides yet another hook for EPA to regulate GHGs since the definition of a regulated NSR pollutant includes a pollutant subject to Clean Air Act Section 111 (NSPS).  In other words, EPA appears to be reinforcing its authority to regulate GHGs under NSR.